I got a request from a friend, to make a Birthday-gift for her hubby, with photo of their son.

For a long time I have wanted to make a canvas with photo on and this was the perfect opportunity to try that.

The canvas is 20x30cm.
Done a lot of work on the background.
First covered the canvas with Black Gesso and next white Gesso by Art Anthology.
Next a layer with Tim Holtz tissue paper and some white Gesso on top of that again.

Then I took some canvas letters by Prima and glued vertically on the left side - the son's name: Mathias
Next I used a stencil and Art Anthology Stone Effects "Bone" and Colorations "Sandcastle" and "Raider".
Also added some Metal effects "Bronze", especially on the metal.
Chipboard text by 2Crafty

Some techniques are much inspired by Finnabair and the class I took earlier this year. 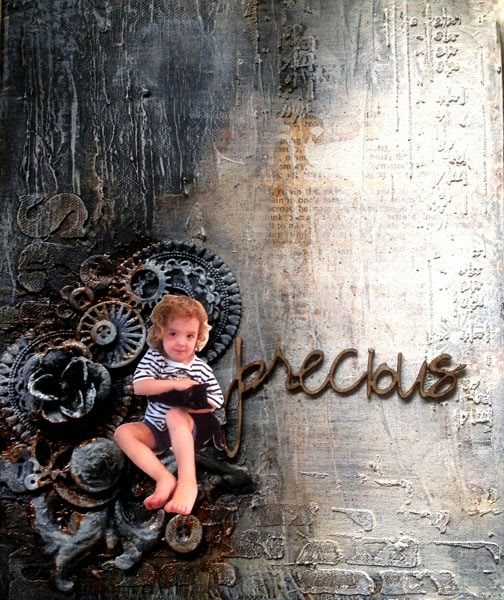 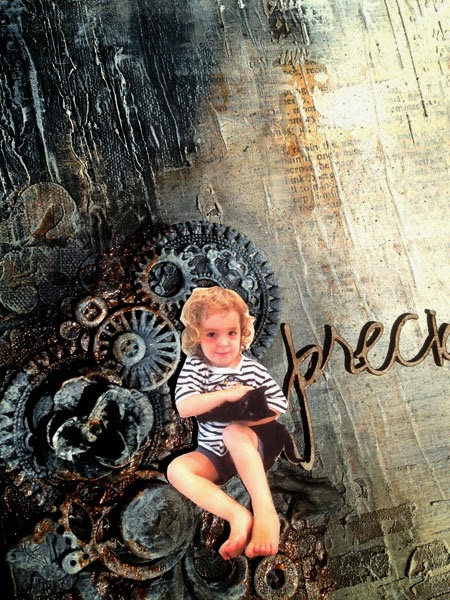 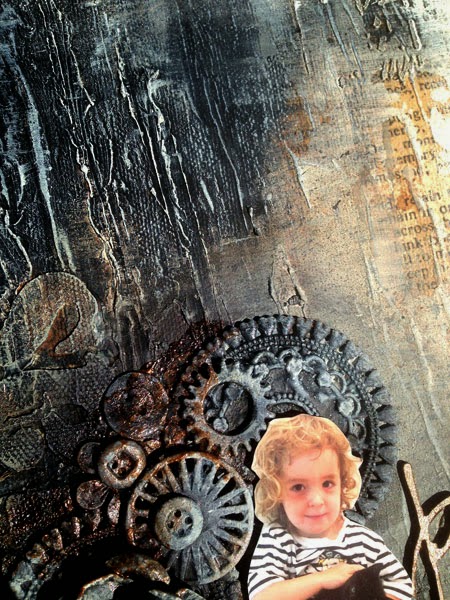 some photos from the start: 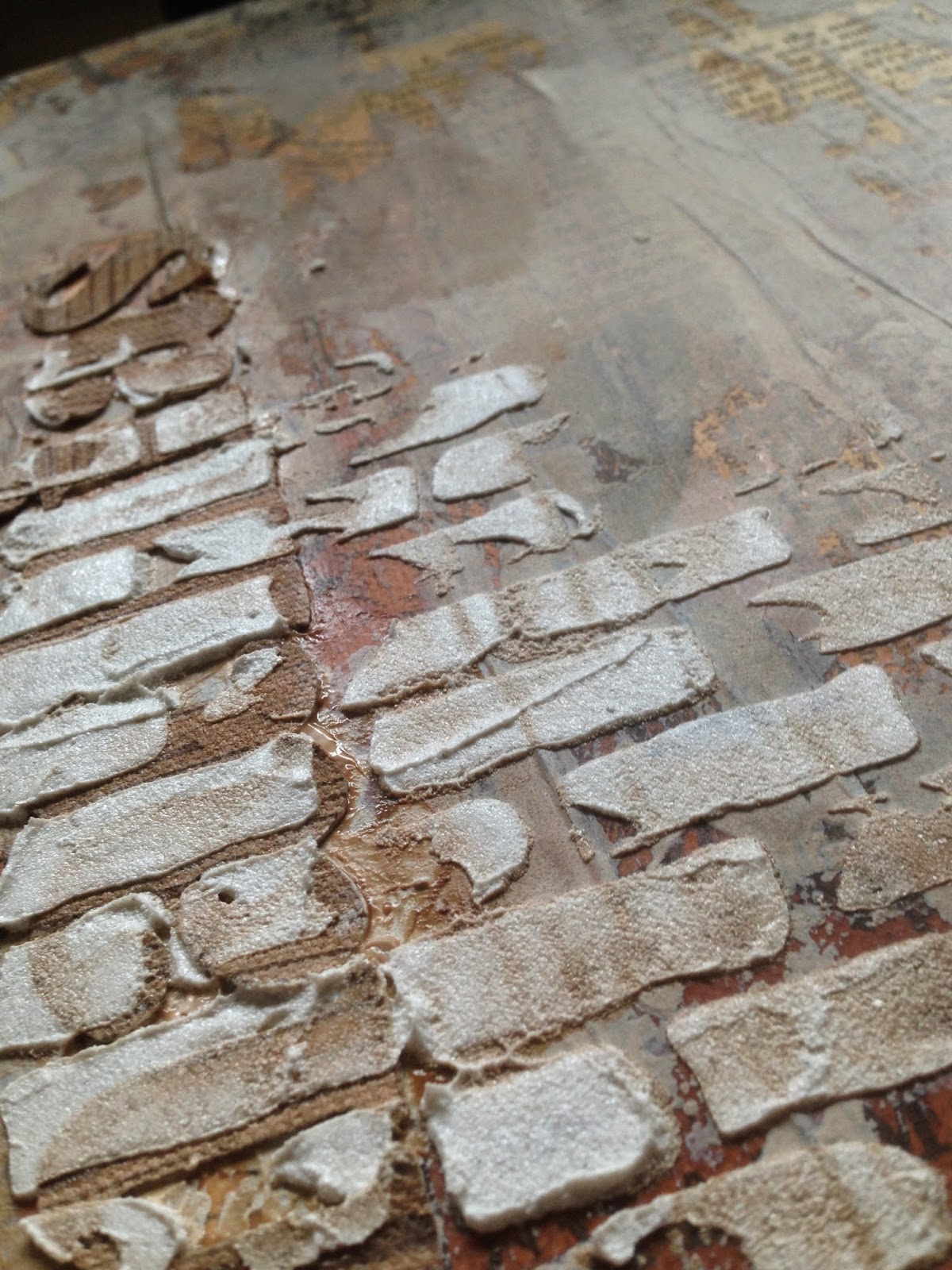 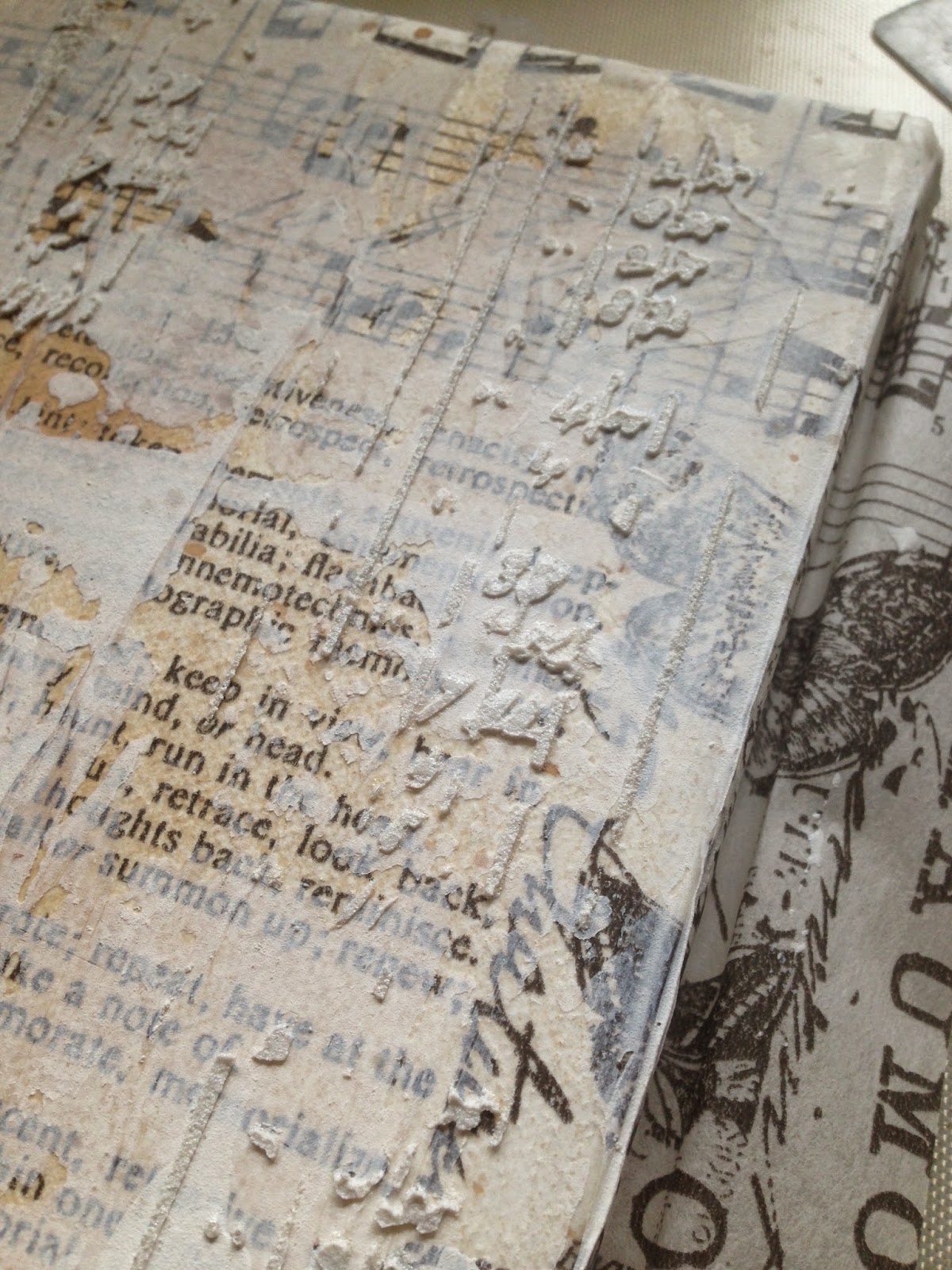 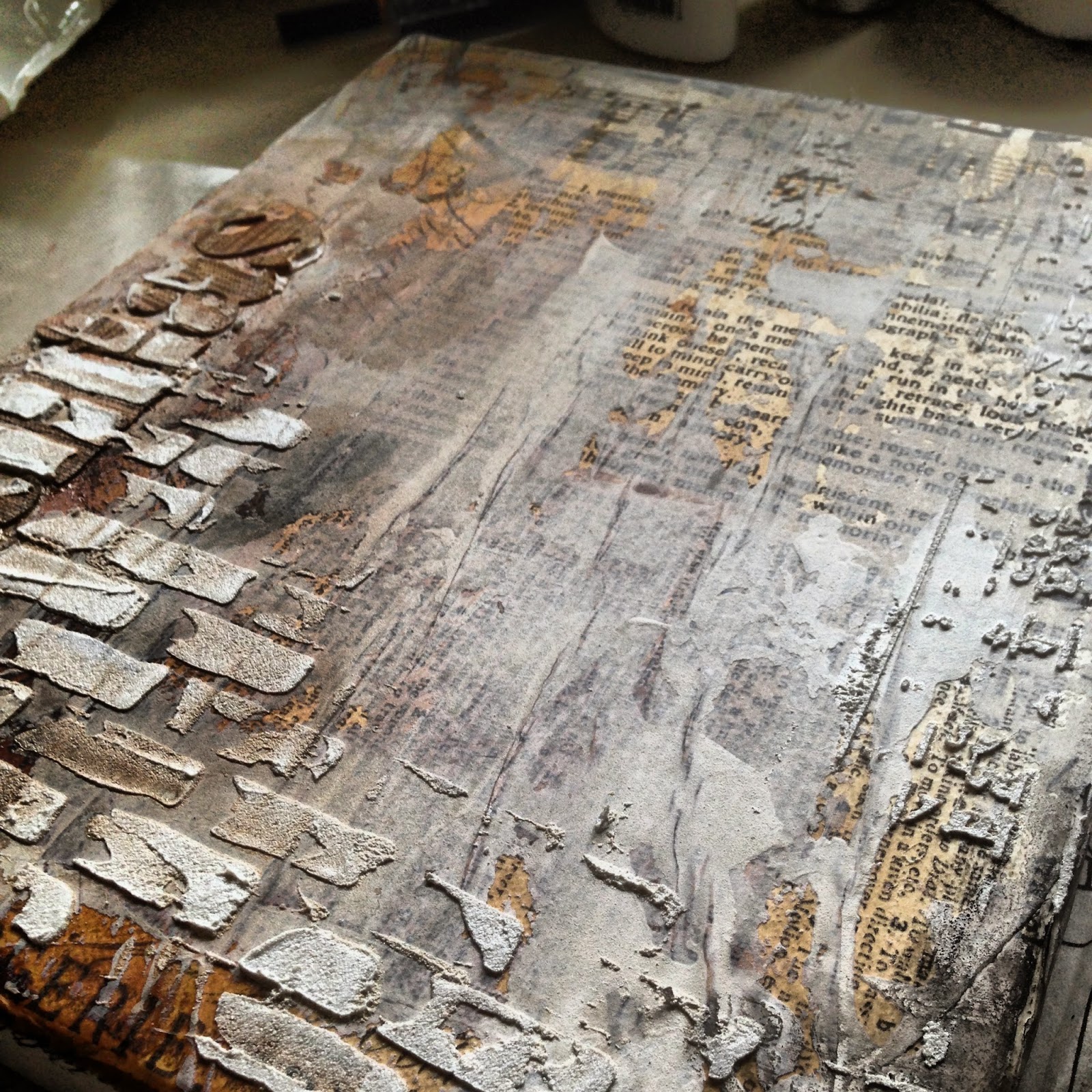 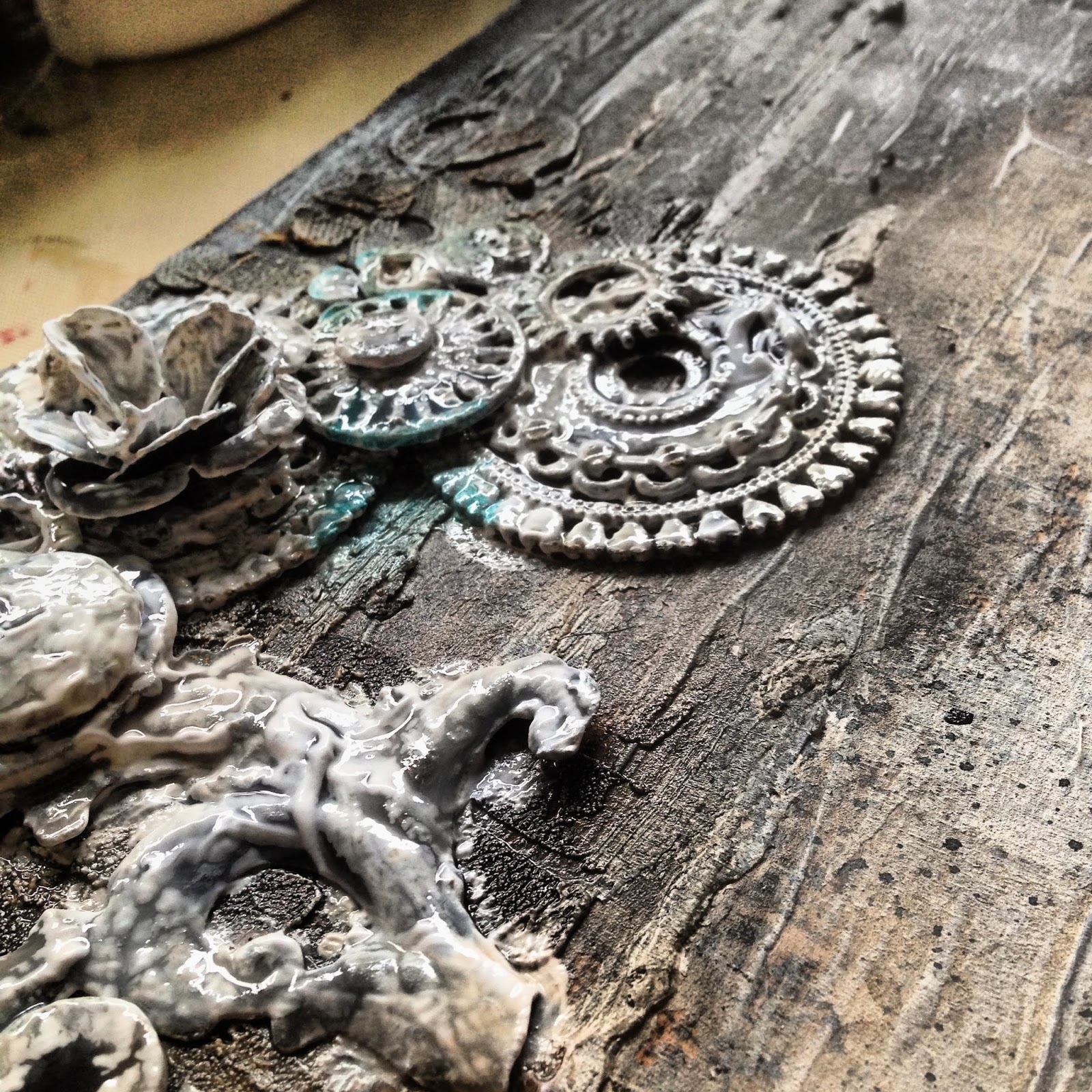 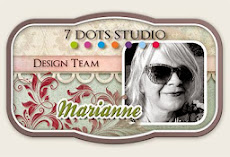 Scrap Around The World 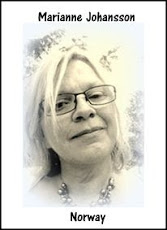 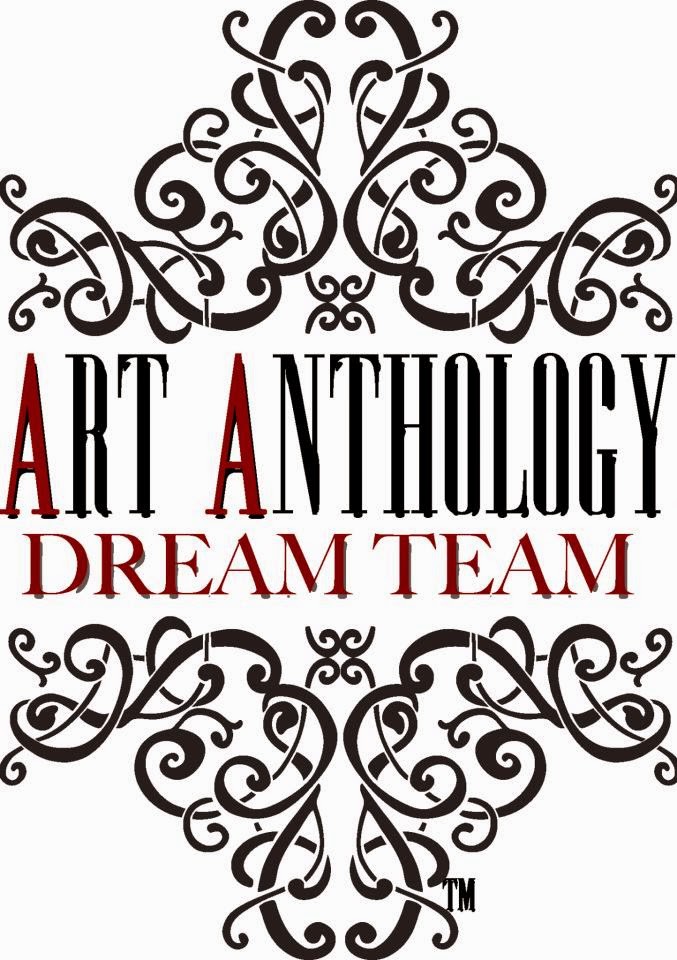 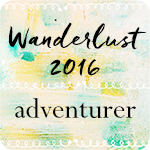